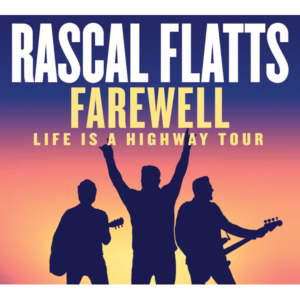 The group has revealed two special hometown shows, playing at Columbus, OH’s Nationwide Arena on 9/25 and ending their tour at Nashville, TN’s Bridgestone Arena on 10/30. Nine additional cities across the country have also been added due to overwhelming demand.

Rascal Flatts will be joined by Chris Lane, Chase Rice, Avenue Beat, Caylee Hammack, King Calaway, Matt Stell, and Rachel Wammack on select cities across the run, with opening artists varying by date. Most dates are on sale starting Friday, February 21 at 10:00 AM local time. 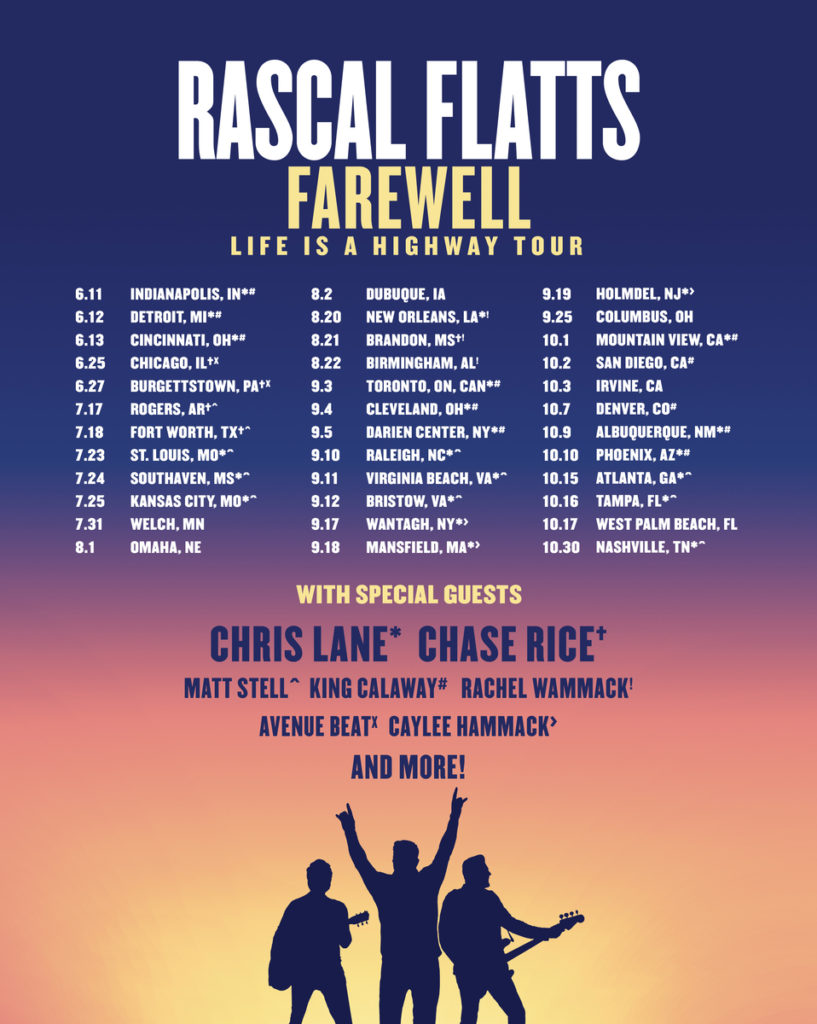