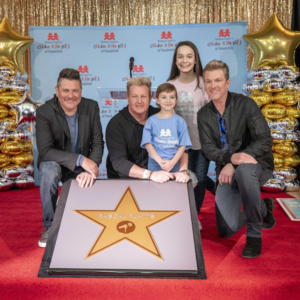 RASCAL FLATTS HONORED WITH STAR ON VANDERBILT WALK OF CHAMPIONS 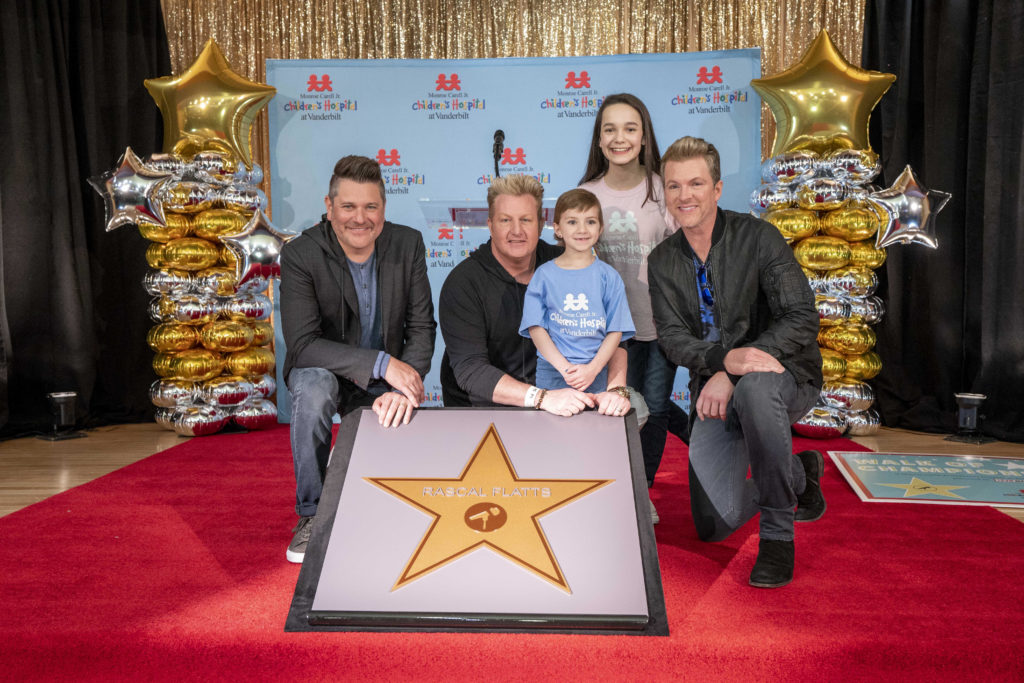 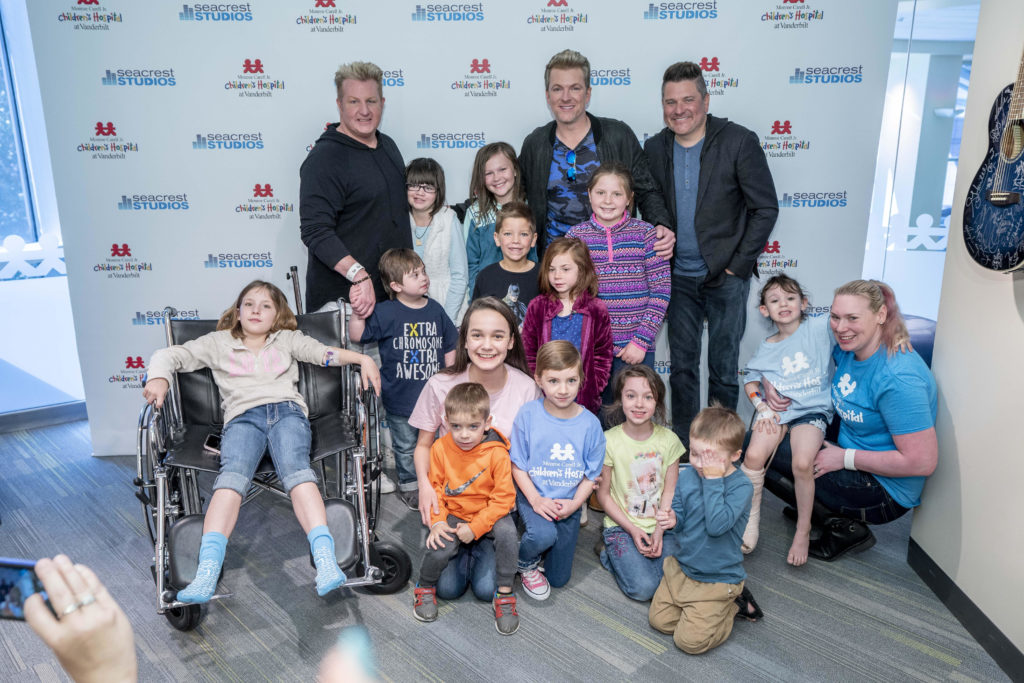 For over a decade, Rascal Flatts has donated their time and resources to support Children’s Hospital. They’ve spent hours performing for patients, visiting hospital rooms and doing interviews at the hospital’s Seacrest Studio.

“We are honored to join Live Nation for the induction of Rascal Flatts into the Walk of Champions, celebrating their incredible dedication to the patients and families at Monroe Carell Jr. Children’s Hospital at Vanderbilt,” said John W. Brock III, MD, Surgeon-in-Chief, Director of the Division of Urology and Monroe Carell Jr. Professor. “Jay, Joe Don and Gary are great friends to our hospital and could not be more deserving of this recognition. We cannot thank them enough for everything they do for our patients. Supporters like Rascal Flatts allow us to further advance the scope and quality of the world-class services we offer children in our region and across the country.”

For 11 years, Rascal Flatts hosted Behind the Music, a fundraising event for the hospital, and most recently, they have hosted the annual Rascal Flatts Celebrity Golf Classic, now in its third year. These events have raised millions of dollars for Children’s Hospital, which renamed its pediatric surgery center The Rascal Flatts Surgery Center in 2010.

“When I look back over everything we’ve been able to do in our careers, this is one of the things that I will carry with me until the day that I’m no longer here and be most proud of,” said Jay DeMarcus of Rascal Flatts. “You start to talk about things like a legacy and being able to do things that will last and leave a mark, and we could not have picked any better family, any better place to have been involved with than all of our people who we love so much at this wonderful hospital.”

The celebrations continued into the evening with the Center Stage Gala, a special event created to celebrate Rascal Flatts and this honor. Presented by Live Nation, the event took place on the stage of Ascend Amphitheatre and featured CMT’s Cody Alan as emcee, a performance by Jeffrey Steele and a surprise appearance from Vince Gill. Funds raised from the gala benefited A Campaign Against Childhood Cancer at Children’s Hospital.

It was an emotional evening as Brock personally thanked Rascal Flatts for their generosity, and a childhood cancer survivor spoke about the impact Rascal Flatts had on her hospital stay. A video shown during the program featured friends and family commenting on the group’s philanthropy, along with Children’s Hospital patients and staff members thanking them for their support.