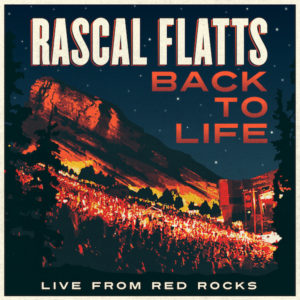 Rascal Flatts just released the official music video for “Back To Life” filmed live at their sold-out show at the iconic Red Rocks Amphitheater. Watch it now below.

“This was such a special night at a venue that’s been on our bucket list for quite some time,” said Jay Demarcus. “We felt like this was the perfect video for the new single, as you can see how palpable the connection between the fans and this song has been so far.”