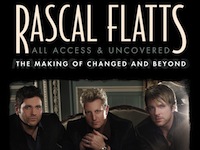 RASCAL FLATTS: ALL ACCESS & UNCOVERED DVD TO BE RELEASED ON 11/19

Rascal Flatts: All Access & Uncovered DVD will be released on 11/19 with a behind the scenes look with the guys during the making of their album Changed. 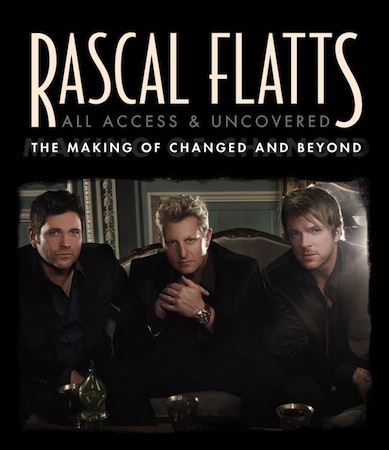 On November 19, Rascal Flatts will release RASCAL FLATTS: ALL ACCESS & UNCOVERED, inviting the public into their inner circle. The DVD project will reveal a more intimate side of Gary LeVox, Joe Don Rooney and Jay DeMarcus’ lives during the making of their CHANGED album and more.

Fans will see exclusive performance footage of the group’s biggest hits and music from their eighth studio album, including the #1 smash “Banjo” and the steamy Top 10-and-rising “Come Wake Me Up.” The film also captures in-depth personal interviews from the road and inside Jay’s home studio, where the album was produced along with Dann Huff. The guys share stories behind several songs, including those they co-wrote.

The cinematic project made a one-night-only debut in movie theaters across the country in conjunction with the album release earlier this year, with Flatts celebrating with fans at the AMC Theater in New York City’s Times Square.