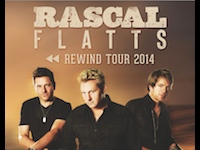 Rascal Flatts announced their plans today for the REWIND Tour 2014. The tour will kick off May 16th with special guest Sheryl Crow, and with rising hot trio Gloriana opening. 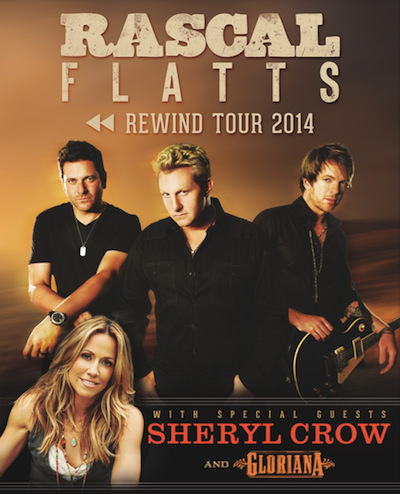 “Gary, Joe Don and I are really excited about 2014! Brand new music, and a brand new tour called, Rewind. We’re thrilled to have our good friend Sheryl Crow out with us. Expect some great musical moments and surprises! And we’re proud to have Gloriana opening. This is gonna be a show you don’t wanna miss!” said bassist Jay DeMarcus.

*Additional dates will be announced in the coming weeks.