Rascal Flatts has been named the recipient of the CRS 2012 Artist Humanitarian Award, to be presented at Country Radio Seminar on Wednesday, February 22, 2012.

The multi-platinum selling trio of Gary LeVox, Jay DeMarcus and Joe Don Rooney are receiving the honor based on their charitable contributions and humanitarian endeavors throughout the band’s career. In 2010, the group donated $3 million to the Monroe Carell Jr. Children’s Hospital at Vanderbilt’s Pediatric Surgery Center. They currently serve as celebrity spokespersons for the national suicide prevention organization, The Jason Foundation, and have been members of the American Red Cross Celebrity Cabinet for the past seven years.

According to CRS Executive Director Bill Mayne, “The board is very pleased to honor Rascal Flatts with the CRS Artist Humanitarian Award. They join a long, distinguished list of celebrities who have received this prestigious award since it was instated in 1990.” 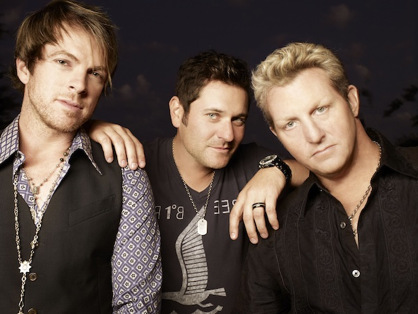 About the CRS Artist Humanitarian Award:
The CRS Artist Humanitarian Award was created in 1990 to honor those Country music artists who have exhibited exceptional humanitarian efforts during their career. Past recipients of the annual award have included Tim McGraw and Faith Hill, Trace Adkins, Randy Owen, Toby Keith, Brad Paisley, Brooks & Dunn, Reba, Vince Gill, Garth Brooks and Charlie Daniels, among others. For more information about Country Radio Seminar and the CRS awards, visit: www.CountryRadioSeminar.com.